CLICK HERE TO LISTEN TO THE PODCAST OF THIS PROGRAM


What if   it were possible to vanquish

All this shame with a wash of   varnish

Instead of wishing the stain would vanish?


What if   you gave it a glossy finish?

What if   there were a way to burnish

All this foolishness, all the anguish?


What if   you gave yourself   leave to ravish

All these ravages with famished relish?

What if   this were your way to flourish?

Were all slicked up in something lavish?


Why so squeamish? Why make a fetish

Out of everything you must relinquish?

Why not embellish what you can’t abolish?


What would be left if   you couldn’t brandish

All the slavishness you’ve failed to banish?

What would you be without this gibberish?


What if   the true worth of the varnish

Were to replenish your resolve to vanquish

Every vain wish before you vanish?


Whenever my father was left with nothing to do —

waiting for someone to 'get ready',

or facing the gap between graduate seminars

and dull after-suppers in his study

grading papers or writing a review —

he played the piano.


I think of him packing his lifespan

for the left hand and right hand

by Chopin or difficult Schumann;

nothing inside it ever rattled loose.


Not rationalism, though you could cut your tongue

on the blade of his reasonable logic.

Only at the piano did he become

The theme of his heroic, unfinished piano sonata

could have been Brahms.


Boredom, or what he disapproved of as

'sitting around with your mouth open'

oddly pursued him. He had small stamina.

Whenever he succumbed to bouts of winter bronchitis,

the house sank a little into its snowed-up garden,


None of this suggests how natural he was.

For years I thought fathers played the piano

We children ran in and out of the house,

taking for granted that the 'Trout' or E flat Major Impromptu

would be rippling around us.


For him, I think, playing was solo flying, a bliss

of removal, of being alone.

Not happily always; never an escape,

for he was affectionate, and the household hum

he pretended to find trivial or ridiculous


When he talked about music, it was never

of the lachrimae rerum

that trembled from his drawn-out phrasing

as raindrops phrase themselves along a wire;

no, he defended movable doh or explained the amazing

physics of the octave.


We'd come in from school and find him

cross-legged on the jungle of the floor,

guts from one of his Steinways strewn about him.

He always got the pieces back in place.

I remember the yellow covers of Schirmer's Editions

and the bound Peters Editions in the bookcase.


When he defected to the cello in later years

'Wasn't it lovely when Steve liked to play the piano.'

Now I'm the grandmother listening to Steve at the piano.

Lightly, in strains from Brahms-Haydn variations,

his audible image returns to my humming ears.

Goaded and harassed in the factory


That tears our life up into bits of days


Ticked off upon a clock which never stays,


Shredding our portion of Eternity,


We break away at last, and steal the key


Which hides a world empty of hours; ways


Of space unroll, and Heaven overlays


The leafy, sun-lit earth of Fantasy.


Beyond the ilex shadow glares the sun,


Scorching against the blue flame of the sky.


Within a granite basin, under one


The bronze-gold glimmer of a carp; and I


Reach out my hand and pluck a nectarine. 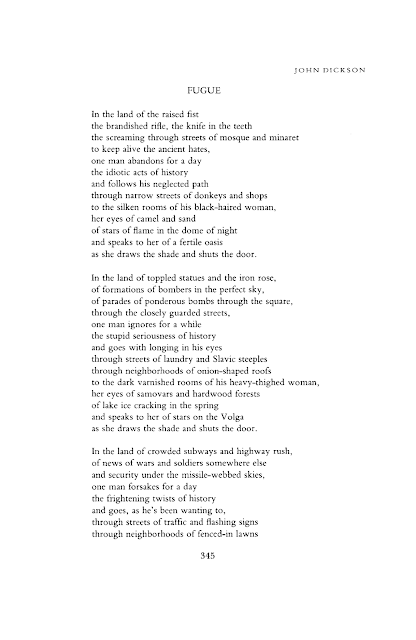 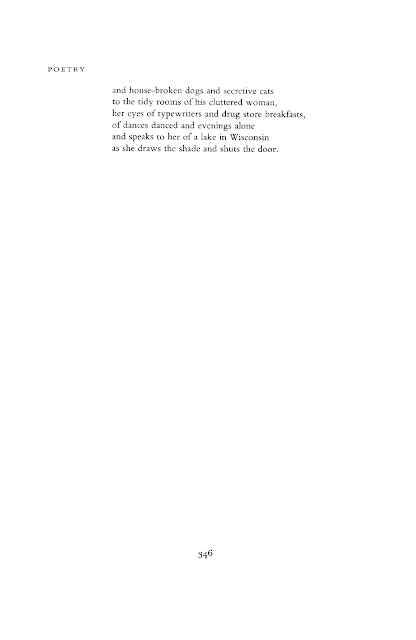 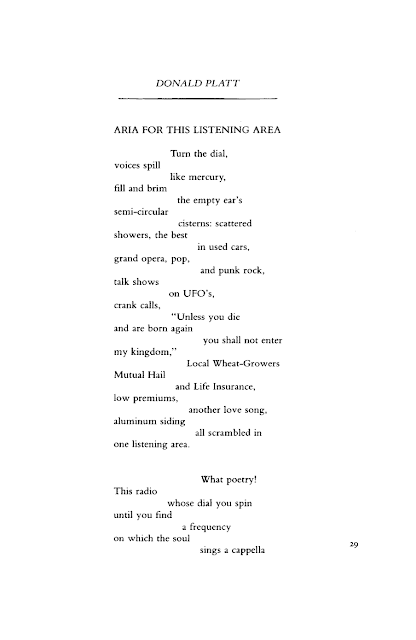 Words & Music is the official blog dedicated to the "Words & Music" segment on Friday Evening Classics with Will Duchon on WMNR Fine Arts Radio between 9 and 10PM, ET

"Words & Music" is a one-hour long segment of poetry and music. Since December of 2011, I have recited hundreds of poems, each followed by a piece of music which (I feel) reflects the soul and energy of the poem. Of course, this is all subjective. However, the purpose of "Words & Music" is to explore and enjoy the profound link between...words and music.

Many of the poems recited on the air have been those of the masters: Shakespeare, Auden, Shelley, Keats, Whitman, and other renowned poetic voices. Other poems have been submitted by contemporary poets who are living, breathing, and creating here and now. This blog will publish ALL of the poetry heard on the air, along with information about the poets and the music heard on the program.

Promote Your Page Too